HomeNewsNewsCarillion – It Can’t Happen To Us

Carillion – It Can’t Happen To Us 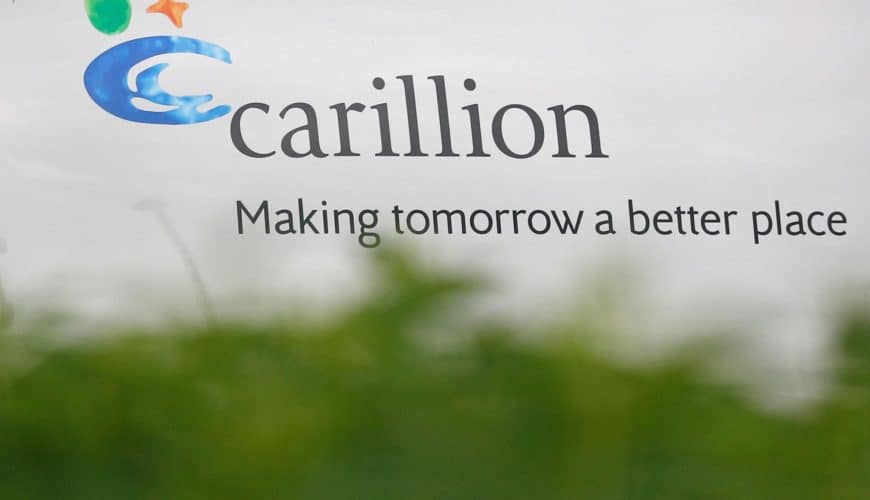 It’s a sad day for the construction industry when a company such as Carillion goes into liquidation. However, this does not happen overnight and while the fallout from the insolvency will be on a mammoth scale affecting both jobs (43,000) in the sector together with ongoing or unfinished projects, this has come as no surprise.

Carillion has been telling us that it is experiencing difficulties, it has issued profit warnings and it has tried to secure vital funding. Despite being an international company working in Canada and the Middle East, most of its business was done here in the United Kingdom. Its primary source of work was in the public sector. The sector is known for low profit margins, slow payment, projects over-running and in many cases, running at a loss.

The experts will of course be analysing the financial catastrophe for some time but are there lessons to be learnt across the construction industry?

Construction projects (no matter the scale) are notoriously difficult even when the scope of work has been clearly defined beforehand, the cost estimates accurately calculated, and project processes put in place ready for action. There is a common theme that runs through construction and maintenance works. The client either expects more “bang for its buck” and begins to ask the contractor to extend the scope of work beyond what was agreed, often expecting this to be done at a reduced cost or nothing (because the contractor is on site and already has resources deployed). On the other side of the fence, the contractor may have tendered so low to get the job that there is very little or no room for contingencies and certainly no room for delays. The one thing that is guaranteed when one undertakes building work, whether you are the client or the contractor, is that there will be delays and risks. Delays, whether they are caused by the client, subcontractors, materials procurement or lead time, work stoppages or a myriad of other reasons generally has a knock-on effect that means that the contractor suffers a delay in payment. The bigger the contract the bigger the fee and the bigger the effect of non-payment.

Did Carillion take on too much? Often a company is deemed to be liquid because it carries a huge book debt. However, there’s an old saying “you don’t have the money until it’s in the bank”.

The solution is deceptively simple. Good project and logistics management, good relationships with the entire chain of people linked with the project or managed contract, good programming and experienced employees and, the most important factor, a reasonable profit margin built into the project will often lead to the success of a project.

The reality is far from simple though. There is often an urgency on the project from both sides for the project to be completed and for payment to be made. This often leads to compromises or shortcuts. During the build, procedures may not be followed, schedules not adhered to, diminished quality, the client expected to accept practical completion when there are obviously faults with the works that has been completed. Multiple projects in crisis is not sustainable, no matter the size of company.

There is no doubt that Carillion’s collapse will open up some recently healed wounds and questions about the policy of using private sector firms to deliver public services will be asked again.

If Rebecca Long-Bailey, (Member of Parliament for Salford and Eccles) is right, then in the last six months during which Carillion issued 3 profit warnings, the Government awarded three separate contracts to Carillion worth nearly £2 billion in total, despite government policy to designate a company as “High Risk” and reconsider new contracts if profit warnings are issued.

When a government of a country has to hold a COBRA meeting over the collapse of a private company, one has to appreciate the scale of Carillion’s public sector works.  Cobra stands for Cabinet Office Briefing Room A. It is an emergency meeting which is convened when the government faces a big crisis – a crisis which involves several government departments. It will “look at addressing some of the most immediate issues” Defence Secretary Gavin Williamson says. One imagines that this will be to keep any construction projects live and to keep service levels up in managed projects such as the 50,000 military homes that Carillion managed in partnership with AMEY.

It is conceivable that some of the many jobs that are at stake will be held in abeyance as the Government goes about bailing out Carillion’s projects and its public service contracts which stretch across many departments; schools, prisons, homes for Defence, let’s not forget the widely publicised HS2 high-speed rail line (£1.4BN joint venture) and the £400M redevelopment of Battersea Power Station. What will happen to the meal services provided at more than 200 schools? The 50 prisons that Carillion maintained will still need to be maintained.

The reality is that there will be a number of companies across the construction sector to step in and take up where Carillion left off. This very capitalistic downfall is good news for its rivals.

Those that start asking about why the Government is using private sector firms to deliver public services will start saying that there should have been measures put in place to ensure that “something like this does not happen”. Insolvency is a natural result of a business being in a position where it cannot pay its debts. How it got there is irrelevant. The Companies Act of 2006 makes it the responsibility of the people who run the company are held responsible for its success or its downfall.

No matter the scale of the project or who the client is, common sense dictates that some measures are put in place:

Nobody wins an insolvency and nobody can sleep well in an incomplete home.