HomeNewsNewsWho are the Windrush generation?

Who are the Windrush generation? 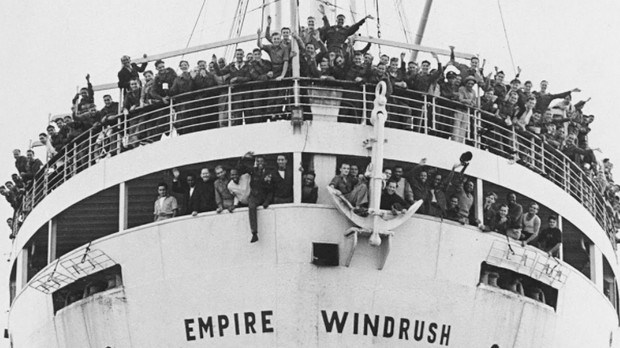 The former Home Secretary Amber Rudd announced that UK citizenship fees and language tests will be waived for the Windrush generation and their families.

Who are the Windrush generation?

Following the end of the Second World War, the United Kingdom of Great Britain and Northern Ireland encouraged people from across the Colonies to travel to the UK to work. At the time there were no restriction and individuals were free to move within the Empire. Those arriving in the UK between 1948 and 1971, particularly those from the Caribbean countries have been labelled the Windrush generation. So named, because of the first ship, MV Empire Windrush, which arrived in the UK, on 22 June 1948, bringing workers from Jamaica, Trinidad and Tobago and other islands.

The Immigration Act 1971 ushered in the modern restrictions on immigration to the United Kingdom of Great Britain and Northern Ireland that we see today. Section 1(2) of the Act allowed those citizens from the Colonies already present and settled in the UK to stay indefinitely. For those individuals and their families that had travelled from the Colonies to establish a new life post war, this meant that they would be allowed to remain in the UK without any restrictions, provided they had arrived before the 1st January 1973. There was and indeed is no requirement for them there to apply for a grant of leave, as they have a statutory right to reside.

In order to meet the requirements under the law, you would need to be:

The current controversies around the Windrush Generation, have been brought to the conscious of the public by the Government’s treatment of people who are lawfully resident in the UK, but have fallen foul of the hostile environment that the Government has sought to implement for immigrants. Whilst many of those arriving have over the years obtained documentation to demonstrate their right to be in the UK, or, acquired British citizenship, many have not. It is the later whom have been increasingly encountering difficulties.

The Government’s policy creates a situation where immigrants cannot access services, either public (NHS, welfare) or private (employment, rented housing, bank accounts) unless they can prove their right to be in the UK. Whilst the Windrush generation are in the UK legally, their entitlement to be in the UK is a statutory one and they have not needed to acquire documentation to establish their status. An inability to produce documentation has resulted in cases of people eligible to receive services, not receiving them.

Given the need to establish having been ordinarily resident as of 1st January 1973, it is often difficult for individuals to obtain the proof required, due to closures of schools/doctor’s surgeries, loss of documentation or as with the landing cards, destruction.

The announcement by the previous Secretary of State, Amber Rudd meant that for the Windrush generation, many of whom consider themselves to be British already, will be able to apply for British citizenship without the need to pay fees or to meet the language test requirements, which will be waived not only for them, but their families as well.